Windows 8 in general, and Metro-style apps in particular, benefit from the new generation of Microsoft's V4 printer drivers.

The v4 printer driver class, or framework, brings new concepts and capabilities for printing from Windows 8.  I cannot work out if ARM processors and Metro-style apps was responsible for driving v4 printer development, or whether Microsoft were going to bring improvements anyway.  The upshot is that Windows 8 on ARM, and the new generation of apps, were both the happy beneficiaries of this new printer technology.

In a nutshell, Microsoft developed the core component of V4 printer drivers to take advantage of technologies that have sprung up since v3 drivers were developed for XP.  This involves adding new components to the printing architecture. 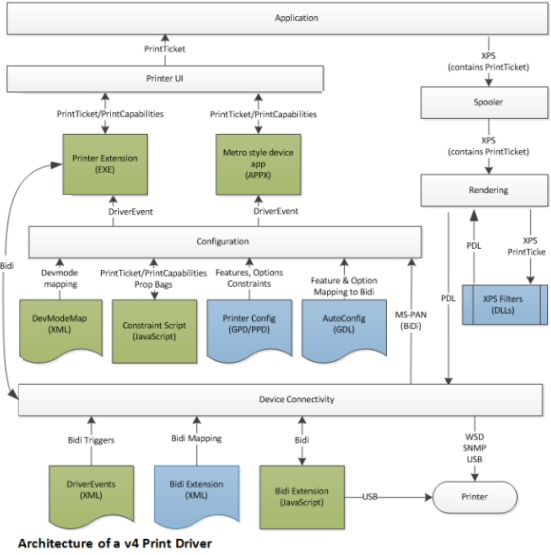 Note: The blue elements are new in the version 4 architecture.  The new rendering sub-system is particularly interesting. 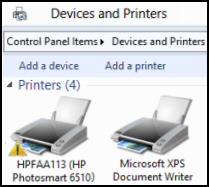 PortPrompt Replaces Print to File
In XP programs such as Word for Windows offered an option to Print to file.  Here in Windows 8, PortPrompt is an improved port type that replaces the option to 'Print to file'.  Naturally, PortPrompt works with the new v4 printer drivers.

Automatic Detection of Printers
Windows 8 has a new wizard which automatically installs any printer that it detects it on the network.

Inspect the default printer.  Sometimes it gets switched from the desired printer to the Microsoft Document Writer.  The answer is to select another printer from the device's print option.

The v4 printer driver class brings an upgraded architecture for printing from Windows 8.  Metro-style apps and ARM processors will particularly benefit from the new generation of Microsoft's V4 printer drivers.