How do Apple’s Screens Compare with Microsoft’s?

The Challenge for Windows 8 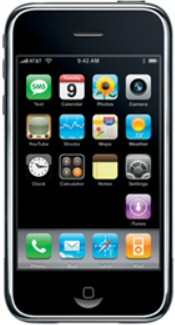 There is no doubt that one of the most electrifying features of the iPad is the screen definition.  Take away it’s intuition, multi-touch sensitivity and leave just the visual display and it is still at the top of the pile in terms of desirability.  Competing with this kind of performance is always going to be a challenge and so it has been for the developers behind Windows 8.  It has also been a considerable challenge convincing developers and customers that they will be able to engage with an operating system that will perform at this level on whatever hardware they use.

Windows customers don’t mind using the office based system to organize routine operations such as to send a parcel or organize a mailbox, but when it comes to domestic and recreational use customers are looking at the Apple devices because of their ability to deliver on the key strands of desirability and performance.

The Problems of Dispersal

Probably the single most problematic element is dispersal or variation of screen sizes.  For Apple products the range is neat; 2 devices (iPad and iPhone) with almost identikit ratios.  They have invested heavily in the visual aspect of these products, and this investment is paying dividends in terms of customer satisfaction.  It is much easier to manage screen performance when there are a very limited number of screens and they have the same aspect ratio.  For Windows 8, Microsoft is very much a victim of its own success, and the operating system has a very wide and diverse range of displays to manage.  The aspect ratios of the screens involved can vary greatly.  The inherent problem is that although the display may look good on one system it has a tendency to look awful on another.  Creating a package which is all things to all people is almost an impossibility, unless you sacrifice some of the performance elements.  If you do this it compromises the display, leaving it lagging that infernal yard behind the competition, Apple products.  This is the catch 22 situation that has faced the Windows development team, they have worked tirelessly to come up with a solution, but nothing that they have delivered to the market has anyone really convinced.

In order to set a benchmark for operation the first stage is to have a minimum specification for hardware operating Windows 8.  For desktop, tablet and notebook screens this has been set at 1024 x 768.  There are not many devices out there below this standard at present.  It is estimated that there are only 1.2% of Windows 7 users with a lower screen resolution.  In order to have optimum performance for Windows 8 devices will need to include a 1366 x 768 display setting.  This will allow the device to support all the features of the system.  This kind of definition will still leave it well short of the opposition.  The pixel density on an iPad3 is 234 pixels per inch (ppi), a Windows laptop with a 13 inch screen may expect to have a 116 ppi display.  The difference is conspicuous.  Windows devices at the top end of the scale can provide some visual comparability with apple iPad products, but the functionality of the system is not targeted at these size screens.

Other Techniques to Tackle the Resolution’s Shortcomings
In order to tackle the problem Microsoft incorporated a range of techniques including; scaling apps via XAML and using a set of CSS3 grids.  They have also employed flexible box, and multi-column layouts in order to give the system the flexible functionality achieved by the apple devices.  Although these have helped make the system visually more appealing it is still well short of the intuitive performance of the apple devices.

Explanation from The User Experience Team

The problem is one which the windows user experience team have gone to some lengths to explain.  It is fair to say that they have made some strides in making the systems comparable, but they are facing a battle here which they are not going to win.  Not in this round in any case.

David Washington, Senior Program Manager for the Windows User Experience team posted a blog explaining the issue.  "As we look across many apps and the ever expanding screen sizes available to us all, it has become clear that developers are no longer optimizing for the diversity of screens available." He added "Though most software lists minimum requirements, in practice, we see many errors—with UI that is clipped, awkwardly placed, or just poorly rendered when windows are resized or maximized.  We also see assets (icons and UI elements) that do not properly scale to a variety of pixel densities."

See more on the Metro-style UI

Summary of Windows 8 Compared with IPAD 3

The iPad provides a stunning screen definition.  One reason the display always seems to look good is because Apple use a restricted set of forms and thus screen sizes.  Microsoft have taken a different approach, they seek to make Windows 8 look good on a wide-range of screens.

Perhaps if you have always used Microsoft then what you see on screen is good enough.  But if you are used to an iPAD, it’s unlikely you are going to switch unless Windows 8 can match Apple’s display on the smaller screens.