What do think about VBScript Code 0800xxxxx Errors? 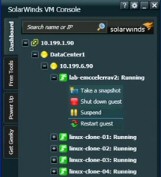 Professionals:  Investigate, read the message and note the line number

Amateurs:   Ignore the message, and have no idea why their script fails

All script writers make mistakes.  Professionals read the 800xxxxx error messages and discover the cause, while amateurs ignore the error code and struggle to get their scripts executing.  With practice, you will become expert at interpreting the code messages and soon distinguish between syntax errors which begin with 800Axxxx and logical network problems which have a 7 as the 4th digit, for example 80070055 – the drive already exists.

What Causes of Code 800xxxxx errors?

Runtime errors. Components needed by your script may not be available, printer shares for example. Other causes such as trying to divide by zero are less common in the WSH context.  The characteristic of these external errors is a seven in the 4th digit, 8007xxxx.

Syntax errors.  The WSH scripting engine parses the lines of code, if it finds unfamiliar expressions, it halts with an error message.  Syntax errors are caused by mistyping keywords, forgetting to close brackets or speech marks. These errors have an A as the 4th digit, 800Axxxx.

Look for clues in the error message

Put on your detective hat and look for clues in the error message.  As with police investigators, it is attention to detail that is the key to solving the problem.

Line: x  Char y:  This gives you valuable information on where in your script the error is to be found.  Count every line including blank lines and ‘ Comments.

As well as the Code 800... number, look for keywords in the Error: which indicate what has gone wrong with your VBScript.  For example, is the error indicating an object, network or printer?

The Source: Will often tell you which method is faulty, for example MapNetworkDrive.  In addition, the error message may tell you whether looking for a Runtime error or Syntax error.  Note the error messages sometime refer to Compilation when they mean Syntax.

The first branch of your decision tree is:  Does the error message point to a syntax error? Alternatively, is there a mistake in the script or network logic which triggers the error.  Double check that the name of the share, server, computer or domain actually exists.  Net View from the command line will test that the machine is visible.