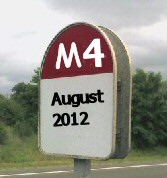 Here are details of significant developments for Windows 8.  Guy last added material on

As soon as Window 7 was released, Microsoft probably started working on Windows 8 (and it’s rumoured there will be a Windows 9 in 2014).  In true project management style they broke the task down into steps, consequently, as the development team delivers a major objective, so a milestone is reached.

M1 (Milestone One) Prototype available to internal testers in October 2010.  A time of much secrecy.

M2 Beta 1 Was created in September 2010, but unlike previous Microsoft operating systems, this beta stage was not available to the public.  Various builds 7955, 7959 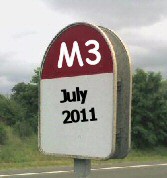 M3  At this milestone in July 2011 Windows 8 will be pretty much feature complete.  However, there was still much secrecy (I wonder why), and still no publically available beta.

M4 RTM The final Release To Manufacturers of Windows 8 in August 2012.

Explanations of Version and Build Numbers

Beta Version – Translates to: ‘Microsoft has done its best to produce a working model’.  Inevitably, this prototype is buggy and is not feature complete, in the case of Windows 8 not released for public testing’.

RC (Enterprise Preview) – Release Candidate.  Microsoft will not add any significant features.  At this stage Windows 8 will have the look and feel of the final product.

Build Numbers for Windows 8:  You can display this number on the desktop with PaintDesktopVersion, or else search the registry for CurrentBuildNumber.

Major Version Number – Confusingly, Windows 8 reports to be 6.  XP was 5, and way back there was NT 4.

One factor that may be relevant is that Microsoft will no longer support Vista after April 10 2012, incidentally, my friend ‘Barking Eddie’ said Microsoft did not support Vista before 2012, so there will be no change there!

Note:
There people complained that Vista betas were just about finding bugs.  Guy says beware what you ask for, because with Windows 8 there are no early beta versions for the public to try and testing.

Versions of Microsoft Windows that I have been involved with: