A network that is capable of hosting all of your audio, video and data transfer necessities can be quite complex. There are many different networking technologies. It can be difficult to determine which technology is best suited for your specific scenario. Figuring out which networking cables and adapters you will need to connect everything can be confusing. With a little bit of background information, you can be in a better situation to pick the right parts next time you are shopping for network cables and accessories.

In order to receive television signals a basic coaxial cable is usually necessary. In order to receive digital audio and/or high definition video signals different cables are required. From coaxial cable you can move up to composite cable. These are the red, yellow and white cables used to transfer analog audio/video signals. Component cables also have an RCA connection but carry a high definition signal that is converted to analog. In order to keep your audio and video signals all digital, you want to use a TV that has S-Video, DVI, HDMI and Optical Inputs. S-video carries a video only signal where an HDMI cable carries both the digital audio and video signal. HDMI cables can carry 1080p video signals. They are becoming the standard television networking cable since HDTV has become so popular. If you want to connect your audio to a home theater system, you should opt for the fiber optic (optical) cable that transmits an all-digital audio signal for optimal sound clarity.

Depending on how many telephone lines you have, the type of telephone wire you use will vary. Standard telephone wire that connects the base of a telephone to a handset usually refers to 4 pin, 4 conductor (4P4C) wire. It is sometimes referred to RJ9, RJ10, or RJ22 wire but these names are incorrect names for it since 4P4C refers utilizes a modular connector and not a registered jack (RJ). The 6P4C cable is the most common for telephone terminals. The RJ11 is the most common 6P4C jack used when just one line is being connected. RJ14 and RJ25 jacks are used for connecting 2 and 3 lines respectively. The power for the telephone is usually supplied by the telephone line itself which is why, in most cases, the phone still works during power outages.. However, some old phones that require more power may required the powered version of the RJ11 that is available. Portable phones and phones that have answering machines or other features built in may require AC power and will need to be plugged in to an outlet to work. Cell phones utilize a satellite service and therefore do not require cables to transmit audio, video and voice data. The only cable they need is the cable that allows them to charge through an electrical outlet.

Computers utilize a variety of different cables depending on the devices you connect to it. USB, Firewire, PS/2, S-Video, 1/8 mini are just to name a few. However, the most popular cable that a computer uses to connect to a broadband connection is CAT5e or CAT6 (Ethernet) cable. These cables utilize 8-pin, 8 conductor modular plugs on the ends. They are commonly referred to RJ45 jacks. CAT5e cable took the place of the former CAT5 cable because it can carry signals over longer distances. Although CAT5e can be used for 1000BASE-T networking, it usually serves a better purpose for 100BASE-T. CAT6 is an improvement above and beyond CAT5e cable and allows for an even greater exchange of information at faster speeds known as Gigabit Ethernet (1000BASE-T). CAT6 is backwards compatible with CAT5e and can be used in the same network. Naturally, your networking speed will only be as fast as your slowest connection. Ethernet cables and broadband networks have enabled audio, video and data information to be transferred over very long distances with extraordinary quality and at ground breaking speeds.

In addition to all of these networking cables, you may also need adapters, couplers, splitters, routers, switches, servers, security devices and/or many other networking products. Basic networking requires inexpensive common networking cables in most cases. Running multiple computers, televisions, and telephones might require many of these other types of networking products. Although your networking capabilities will vastly improve, your costs will also increase. You should consider which networking arrangement and which combination of cables, adapters, and other products will be the most cost effective while obtaining the network structure you prefer. 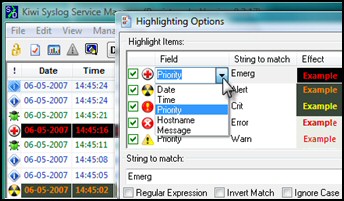 Syslog messages contain useful information for troubleshooting network problems.  When something goes wrong then surely there will be an error message in the syslog datagram – if only we can find that record and interpret the event.