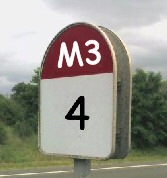 Here are details of each Windows 7 milestone to date, and also explanations of Microsoft’s version and build numbers.

Microsoft started with a master plan for Windows 8.  In true project management style they broke the task down into steps, consequently, as the development team delivers a major objective, so a milestone is reached.

M1 (Milestone One) Prototype available to selected testers in October 2008.

M2 Beta 1 was available in January 2009 via Microsoft Connect.
Note: The Beta version will stop working on August 1, 2009.  Furthermore, you won’t be able to upgrade from the Beta to the final retail version of Windows 7.

M3 Release Candidate, The RC meets the criteria for Windows 7 feature completeness and performance.  RC will be available to the public in May 2009.

M4 RTM The final product was Released To Manufacturers in August 2009.  On sale to the public from October 2009.

Explanations of Version and Build Numbers

Beta Version – Means, ‘We have done our best to get a working model’.  Inevitably, this prototype is full of bugs, which conscientious testers note problems and report them to Microsoft.

RC – Release Candidate.  No more major features will be added, the look and feel of the final product.

Note: Version numbers do not always correspond to build numbers.