The purpose of this page is to give you basic examples of a new PowerShell 3 cmdlet called Rename-Computer.

This cmdlet works equally well with workstations or servers, and as we will see later, PowerShell 3.0 can automate renaming of a list of computers from a .CSV file.

Note 1: PowerShell expects the new hostname to be in the first position after the Verb-Noun, thus you could simplify the instruction to:
Rename-Computer "Windows8", in this case the -NewName parameter would be assumed.

Note 2: Alternatively, you could explicitly add the ComputerName parameter.  The benefit would be to learn more about this cmdlet, perhaps with a view to creating a script to rename lots of computers.  See in the next example:

I am a great advocate of learning PowerShell by finding the Windows GUI that corresponds to the current script.  In this instance The ‘System’ screen above alerts me to the need for a reboot before the renaming takes affect.  This is because the Application and Network services read the computer name only when they start.  Armed with this additional information we will modify the script in the next example.

PowerShell Script to Rename a Computer

You may have realized the need to restart the computer before the new name becomes visible to other computers on the network; fortunately, Rename-Computer has a -restart parameter.

Note 3: I added two variables $Old and $New; firstly I wanted to draw your attention to the need to adjust my script to your circumstances, secondly, I wanted to plant the idea that you could modify this script to rename a bunch of computers.

Note 4: The backtick ` means wrap to the next line.

Note 5: Remove the -WhatIf when you are ready to actually rename the computer.

To let you into a secret, after researching this cmdlet I discovered that I could replace two lines of code in my draft script with a single parameter called -restart.

Note 6: I always like to append -full to this command so that help gives me examples.  Incidentally, ‘Get’ is optional because PowerShell assumes that ‘Get-‘ is the intended verb if you just use a noun such as ‘Help’.

Result: Thanks to Get-Help I discovered other useful parameters such as, -Force, -PassThru and LocalCredential.

I am going to build this script in stages.  Once each stage works, we can glue them together and make a useful script that will rename a list of computers.  Whether or not you need to extend Rename-Computer to multiple machines, it’s worth examining techniques such as assigning variables, looping, and error control.

Stage 1: Create a Foreach loop to read names from a .csv file.

Assumption: You have a .csv file with the names of your computers.  There is no need for column headers in the file because PowerShell takes care of the field names with -Header.

Note 7: Write-Host is merely to check that you can read the .csv file; please change the path to reflect your filename.

Stage 2: Let us change the payload to actually rename the computers.

Note 8: You can control what happens should a listed machine be offline by appending the -ErrorAction parameter.

I was surprised to find any other cmdlets that renamed object, but this is the result of looking:

See how to Change the Computer’s Description »

The simple scripts on this page show how easy it is to rename one computer, or a whole batch if you prefer.  I hope that along the journey you learned useful parameters for Rename-Computer, and furthermore, gained experience of looping techniques to read a list of computer from a file. 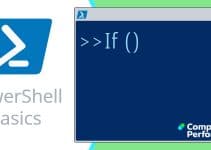