The word .NET refers not to a network as in computing, but to a net as in fishing.  The Framework component acts as a guide for developers to build their applications.  For ordinary users all they need to know is that .NET Framework takes care of scripting business.  Incidentally, my killer reason for installing .NET Framework was to support PowerShell commands.

If you are a developer, a PowerShell script writer, or just plain curious, then there is a whole lot more to .NET Framework.  One useful concept is that of a library, and in that library are categories or classes.  Each class defines a type of objects, which in turn developers use to build applications.

ASP.NET, this is one of the original classes, used for making websites interactive.  There is now also a .NET class called Web Services Enhancements.

Windows Communication Foundation (WCF), enabling applications to talk to one another across your network.  Goals include: secure, reliable, and transaction-based messaging.

Every few months another library class is being added or extended for example: data and IO.

The Place of .NET Framework in Computing 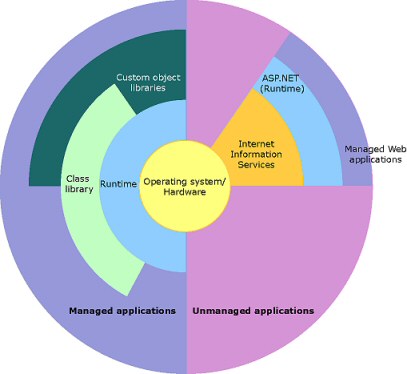 The primary goal of .NET Framework is to provide a library of tried and tested objects.  The .NET code can be executed locally or remotely, thus security has been a major consideration in developing communication between the various elements.  In addition to classes library, there is a common and consistent runtime component that manages communication with the underlying operating system.  This runtime component not only checks the developer’s code, but also negotiates memory and other system resources on behalf of the .NET application.  One way of looking at this CLR (Common Language Runtime) is as a virtual machine for the developer and their application.

On reflection, Framework is a good choice of word because it reflects the library with its variety of object classes.  Microsoft’s Framework then encourages developers to build useful tools, applets or even major applications for we users.

Another design feature of .NET Framework is that once a program is perfected, it will work on any operating system.  This is because the CIL (Common Intermediate Language) can be compiled into any native code.

Here are examples of developers using .NET Framework to solve a particular problem.  The problems may seem trivial, but they were annoying as there was no existing technology to achieve the particular solution.

There really is a huge chasm between ordinary users, who simply take advantage of .NET Framework, and developers.  What the developers do is select elements of the above classes, and using their skills, build handy tools for the rest of us.  In between these two groups are techies who install .NET Framework on servers or desktops so that we can take advantage of those tools that the developers made.  Like the users, these techies don’t need to understand stuff like WPF, or WCF.

Unusually, each Windows operating system has a slightly different method of installing .NET Framework.  The modern way, as seen in Windows Server 2008 and Vista, is to install .NET Framework from the Control Panel as an optional ‘Feature’.  Older operating system such as W2K3 and XP, require us to obtain the appropriate dotnetxxxsetup.exe file from Microsoft’s download center.

The first time you install .NET Framework, all will work smoothly – trust me.  However, if you ever try and upgrade from version 2.0 to 3.0, or 3.0 to 3.5, then you may run into niggles.  These niggles increase if the original program was beta, or ‘pre-release’ version.  However, trust me again, nothing serious will happen, Microsoft WILL provide the solution.

My problem on Windows Server 2003 was that followed my nose instead of reading the uninstall instructions.  Thus the solution to all problems relating to uninstalling .NET Framework is to study the information, which is freely available on Microsoft’s site, and in extreme cases, get extra tools from Microsoft’s download area.

All that ordinary users need is an awareness that .NET Framework is something you install to get programs such as PowerShell working.  For developers .NET Framework provides a library of tools that they can use to build a new generation of applications for Vista (and XP). 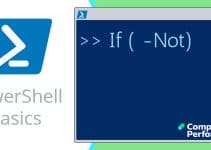