This page is a mini sitemap specializing in VBScripts to map network drives.  In this section, I will show you how to build VBScripts for mapping home drives to network shares.  Each page has detailed examples of a different VBScript method, for instance, MapNetworkDrive, which connects a drive letter (H:) to a UNC path on a Windows server.

For more complicated scripts we need to employ several methods in the same script.  I will explain how to build scripts which enumerate network drives, then if necessary, remove drive mappings and finally map the drive letters to your specification.

Our mission is to create scripts, which provide access to Windows network resources.  Users and some applications, prefer to connect to a mapped network drive letter, than type the UNC path in the Run dialog box.  As with so many scripts, the map network drive logon scripts mimic actions that users could perform manually.  Explorer has all the tools to display, create and disconnect mapped drives.  However, if you code these same commands in a logon scripts and not only do you save time, but once perfected the code never makes a mistake.

In common with other scripting languages, VBScript uses three components an object, a method, and a value.  Most of my scripts create objects using names beginning with obj, for example objNetwork.  What gives any scripting language power is the rich variety of methods or verbs.  Here is a list of examples of map network drive methods. 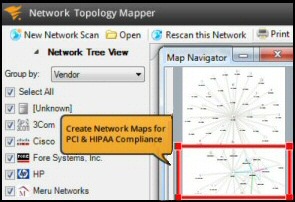 The purpose of this VBScript is to map the H: to a share called ‘\home’.  In my example the server is called ‘\\alan’.

Note 1: If you run the script a second time, then you get WSH error message code 80070055.  The solution is launch Windows Explorer, just right-click on: home on ‘alan’ (H:) and select: Disconnect.

Note 2: I cut this script down to the bare minimum to map a network drive.  Here are more comprehensive examples of Map Network Drive

I like thePermissions Analyzer because it enables me to see WHO has permissions to do WHAT at a glance.  When you launch this tool it analyzes a users effective NTFS permissions for a specific file or folder, and takes into account network share access, then displays the results in a nifty desktop dashboard!

Both DOS and VBScript are being superseded by PowerShell, even for connecting to printers or mapping network drives.

Remember that PowerShell is designed for configuring the operating system rather than setting the user environment.  However, it’s possible for PowerShell to create a ComObject, which can act as a wrapper for VBScript commands. Here is example of PowerShell’s New-Object cmdlet manipulating a MapNetworkDrive method:

You can save these instructions in a .ps1 file.  However, the hard part is executing  this .ps1 file as a logon script.  See more about assigning a PowerShell logon script.

All my scripts are copyright fee, go ahead an copy my scripts and amend them to your Windows network.  I do hope that will take the time to learn more about the NetworkDrive family of methods, for example, MapNetworkDrive, RemoveNetworkDrive, or  EnumNetworkDrives.