Get more ideas for your PowerShell scripts with SolarWinds’ WMI Monitor.

The more tasks that you delegate to PowerShell, the greater the chance that you will truly embrace this wonderful command-line technology.  This week I have two objectives, firstly, to persuade you to launch PowerShell’s ISE (Integrated Scripting Engine) instead of cmd.exe’s DOS box.

Secondly, PowerShell can mimic VBScript with the command: new-Object -comObject WScript.Shell.  This is useful for launching applications such as Word or mapping network drives programmatically.  Indeed, for those who have experience of VBScript, then many of its principles transfer to PowerShell

My challenge is for you to abandon the old DOS box and try PowerShell instead.  You will find that old friends such as ‘ipconfig /all’ and ‘Ping ServerName’ behave virtually identically.  While other utilities such as ‘NetSh’ behave badly when I run them directly within PowerShell, nevertheless, it is possible to get these command line utilities working thanks to PowerShell’s ‘new-Object -comObject WScript.Shell’.

More good news, ‘Route Print’, ‘Powercfg /?’ and ‘Shutdown’ each work fine with PowerShell.  Another pleasant side-effect of researching the cmdlet ‘new-Object’ is that it’s great for programmatically launching applications such as Word, Internet Explorer, or virtually any other executable, for example: new-object -comObject Word.Application

Here is a list of the operating system’s built-in executables that you can run in PowerShell.  The procedure is just as easy as if you type them in cmd.exe. Naturally try them one at a time!  Better still, think what each might do, especially with the last one!

# Type from the PowerShell command line

Let me tell you where I am with PowerShell v Cmd.  These days I am more than happy to use PowerShell for command-line instructions such as traceRt and RoboCopy.  I just need to break a habit of a lifetime and launch PowerShell ISE (Integrated Scripting Engine), and not cmd. 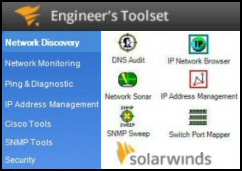 As you may know, PowerShell has hundreds of its own verb-Noun instructions called cmdlets.  In this example I just want to introduce you to the cmdlet that creates a DOS box, which you could then send commands as though you typed them.  To be frank this is not a winning long-term technique, however, if you stick with me, you will see how new-Object can be employed for a whole host of useful scripting tasks.

Firstly, I want to introduce a PowerShell cmdlet called New-Object and use it to launch cmd.exe.

Secondly, I want to show you how you COULD use this technique for utilities such as NetSh that won’t behave in PowerShell’s ISE.

Thirdly, I want to give this exercise a point by showing how PowerShell’s new-Object could be better used to launch applications such as Word or Internet Explorer.

Note 1: All these example use the -comObject parameter.

Note 2:  We could call for help and examine the examples by typing:
get-Help new-Object -full

Note 3: Remove the hash # $Webby |gm  and discover even more properties for new-Object.

Finally, here is an example which illustrates that PowerShell can do anything that VBScript can do.

Note 1: Naturally, you need to amend \\ server\share to the name of a real UNC share on your network.

Note 2: To see if your PowerShell script performs as planned, launch Windows Explorer.

The main purpose of this article is to encourage you to use PowerShell’s ISE instead of cmd.exe’s DOS box.  Then I hope that you will investigate the command: new-Object -comObject WScript.Shell, for example, Word.Application or WScript.Network.

It features 100% auto provisioning, Helpdesk Delegation, Connectors to more than 130 systems/applications, Workflow Management, Self Service and many other benefits. Click on the link for more information onUMRA.